Warning: A non-numeric value encountered in /home/capsto22/robeycpa.ca/wp-content/themes/Divi v2.7.5/functions.php on line 5763

Tax Risks for Incorporated IT Consultants 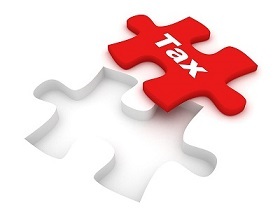 For many years IT Consultants have been incorporating their businesses, and working as independent contractors while supporting their clients. In recent years, the CRA has been looking more closely into corporations that IT consultants own, to determine if the company should be deemed a Personal Services Business.

A Personal Services Business (PSB) is essentially when the business carried on by a corporation is providing services that would otherwise be deemed to be performed by an employee of the company rather than an independent contractor. In other words, the CRA looks into the nature of the work that is being performed, as well as several other guidelines noted below, to determine if the corporation was created simply to defer or reduce taxes.

If your corporation is deemed a PSB you would be denied the reduced tax rate from the small business deduction. In addition to that, deductible expenses will be restricted. Typically, deductions for a PSB would be limited to salaries paid and employment benefits provided to the incorporated employee, plus some other expenses that are potentially deductible by an employee.

In order to avoid being deemed a PSB, you would need to ensure that you meet the criteria for being an independent contractor, rather than an employee (and even then there are no guarantees), which are as follows:

The employee versus independent contractor determination is a question of fact and the factors to be considered in any given case will be different. The main factors considered by the courts in the above cases are as follows:

Control
This relates to the degree of control exercised by the company for which you will be providing services for has. If the person is an employee, the hiring organization (also referred to by the CRA as the Payer) can control both what is done and also how it is done. The point to note here is that it is whether the hirer has the ability to exercise control, regardless of whether or not they actually do so.

If the person is an independent contractor, the manner in which the work is performed is determined by the contractor (within a defined framework). The contractor would be free to do work for other clients, and also has the ability to refuse work from the hiring organization (the Payer).

Economic Reality
Usually, employees will not have any financial risk as their expenses will be reimbursed, and they will not have fixed ongoing costs. Typically, an employee would get paid regardless of how much work is completed, and has no significant fixed or variable costs related to doing their job.

Self-employed individuals, on the other hand, can have financial risk and incur losses because they usually pay fixed monthly costs even if work is not currently being performed. For example, hiring your own staff to assist with the completion of a project would be an indication of being a contractor. Another signal may be that you are hired for a specific task or project, and not an ongoing relationship with the payer.

Integration
This is something the CRA would look at to test how well the person performing the work is integrated into the business of the payer. Integration is considered from the point of view of the worker and is an attempt to see if the services can be provided by an outside business or are really that involved in the company’s operations that they must be provided by an employee, i.e. they are integral to the payer’s organization.

The increase in the tax rate, and other tax consequences are very significant if you are deemed to be a PSB. It is important to note that if your corporation employs more than 5 full time employees throughout the tax year, you will not be deemed a personal services business.

We strongly recommend that you work with a Chartered Professional Accountant if you plan to incorporate as an IT consultant. Please call us if you have any questions or need assistance.